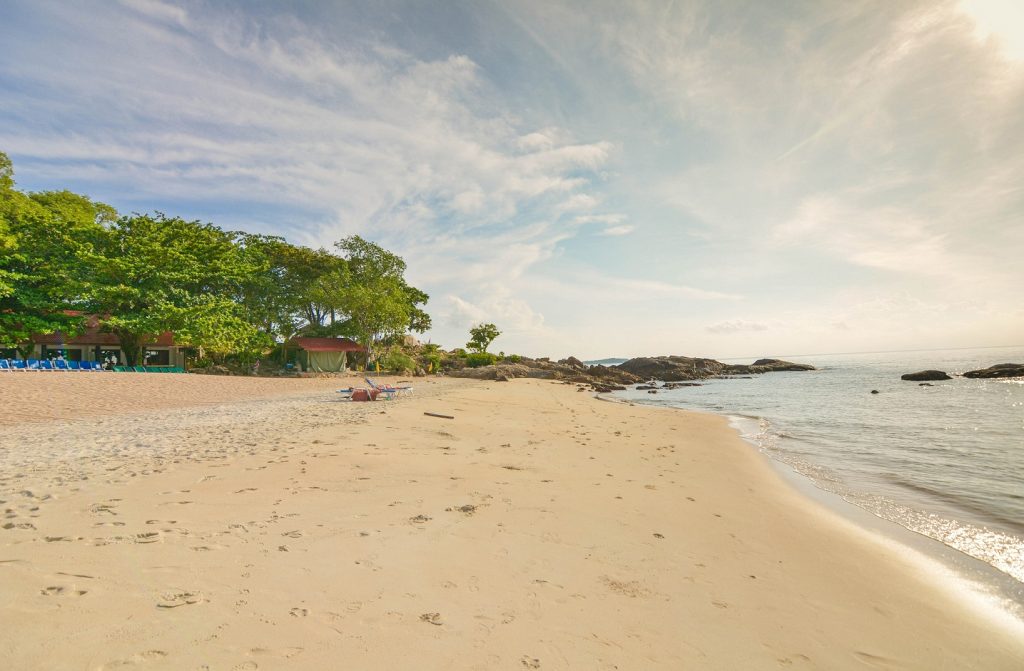 Koh Samui is an island in Thailand located on Kra Isthmus’ east coast. The island is located near Surtat Thani which is a mainland town in Surat Thani Province. It is important to note that Koh Samui is sometimes referred to as Ko Samui or Samui. The island is the 3rd largest in Thailand after islands like Phuket and Ko Chang. Koh Samui Island boasts of attracting over 1.5million tourists yearly. The island measures 228.7 square kilometres. The local population is approximately 62,000. The main reason behind the islands popularity is the abundance of natural resources and scenery; the island has magnificent coral reefs and white sandy beaches.

Koh Samui’s existence dates back 15 centuries ago when the island was first inhabited. The original settlers of the island were believed to be fishermen from southern China and the Malay Peninsula. Koh Samui first appeared on Chinese maps in the late 1600’s. The Island was called Pulo Cornam at the time. People can only speculate about the origin of the name Samui. There is however an explanation that makes some sense i.e. the name Samui was coined from the name of a native tree called mui. The Koh or Ko means Island in Thai.ved to be self-sufficient with very little connection with other parts of Thailand. The island got its first road in the 1970’s. Before then, locals and tourists walked for 15 kilometers to cover the Islands mountainous central jungles.

Samui Island has thrived because of tourism. For instance, resorts, luxury villas and bungalows on the island have been built solely to serve the tourists that visit the Island every year. Tourism is the main reasons why many businessmen from all corners of the world have flocked Samui to invest. There are currently over 260 luxury resorts and bungalows. This has made Samui Thailand’s 2nd largest resort center behind Bangkok.

Another popular event in Thailand is the Triathlon Event. This event is organized yearly by the ITU or International Triathlon Union. The Samui Art Party is another tourist attraction. The cultural event brings together both local and international art lovers. The event is held annually. It is hosted in high end resorts in Samui. The events focus in promoting the local art community in Samui. Another interesting event is the Samui Regatta. This event is basically a tournament for sailors. It attracts both foreign and local participation. Samui is simply one of the best Islands to visit in Thailand.