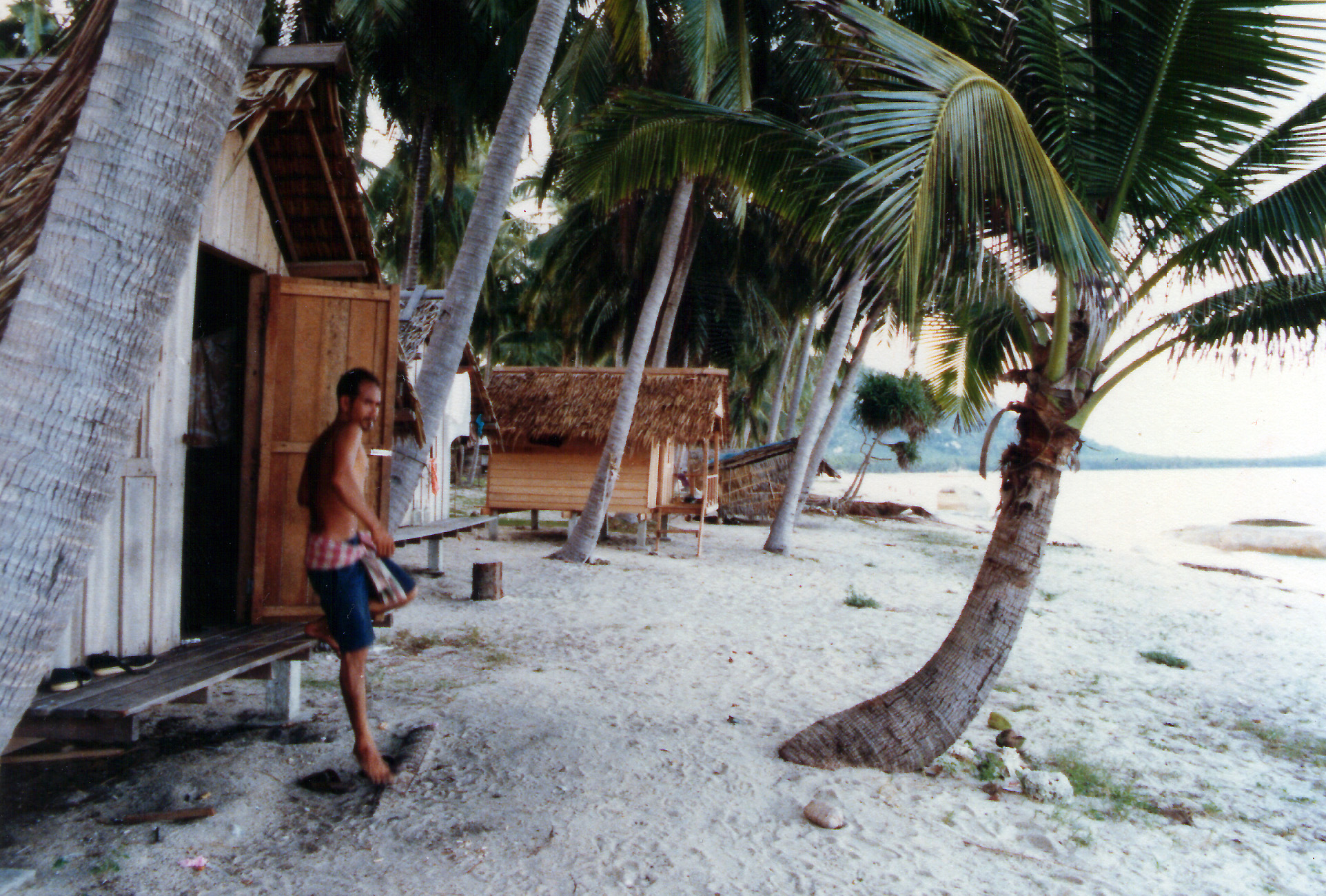 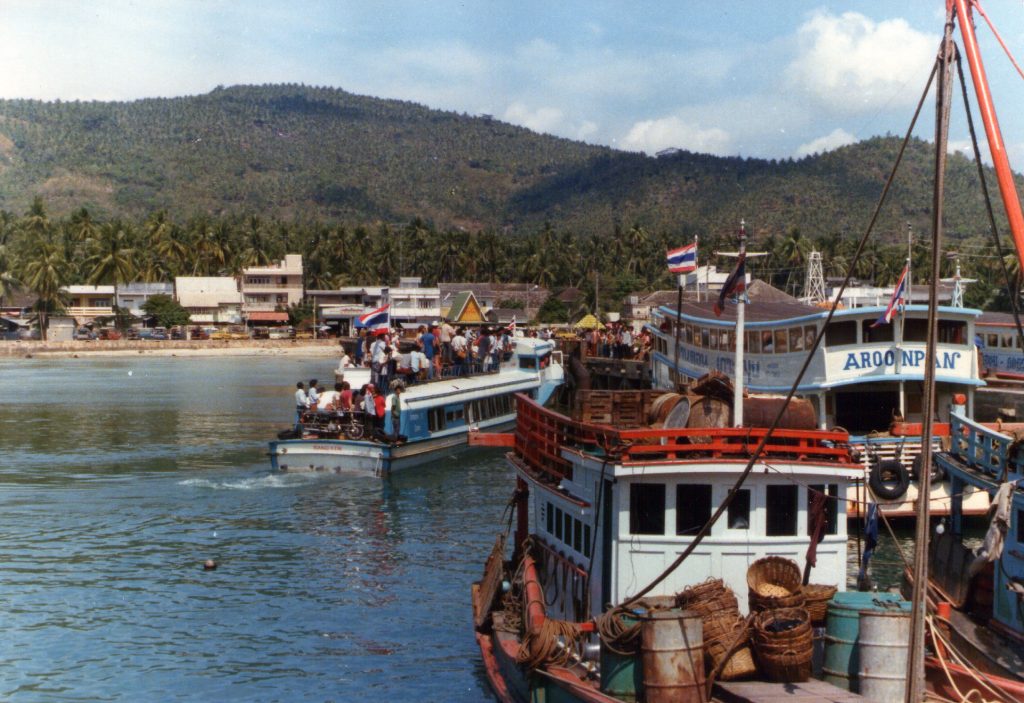 This journal wrote by  NAOMI LINDT  her story and experience which no one will never ever met.

30 years ago, there were no travel guides like Lonely Planet assisting travellers to find remote exotic islands. One knew about Koh Samui simply by word of mouth. To get to the southern island in the Gulf of Siam, most people took the train from Bangkok to Surat Thani and then local transport to the pier. The few ferries that operated then, were converted fishing boats, used mainly by the local people. Koh Samui airport wasn’t built until late ‘80s.

When we first arrived on Samui Island in 1981, there was only one road around the island – the rest were merely dirt tracks meandering between coconut palms, island homes and small beachfront bungalows. The main transport around the island were pickup trucks and motorbikes. 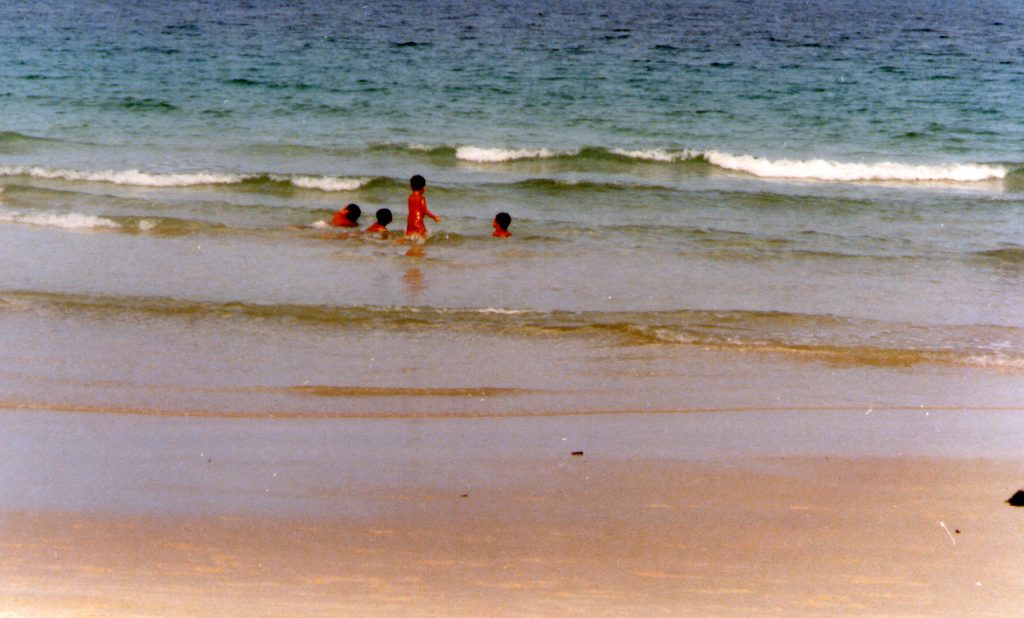 At the time, Koh Samui was mainly inhabited by southern Thais who made their living primarily from coconuts and fishing. There were also plenty of entertaining working gibbons who often woke me up during coconut harvesting time. The islanders spoke a delightful dialect, often singing in the form of rhymes; terribly difficult for me to understand since my ear was used to hearing the short clipped northern accent associated with Lampang. No one could speak English. Overall, the locals were extremely friendly. Every time I returned to the island, they would happily run up and greet me with the fond and respectful “Ajan!! Ajan!!” (“teacher, teacher”) – always amused me as I was only a young postgraduate anthropology researcher at the time. 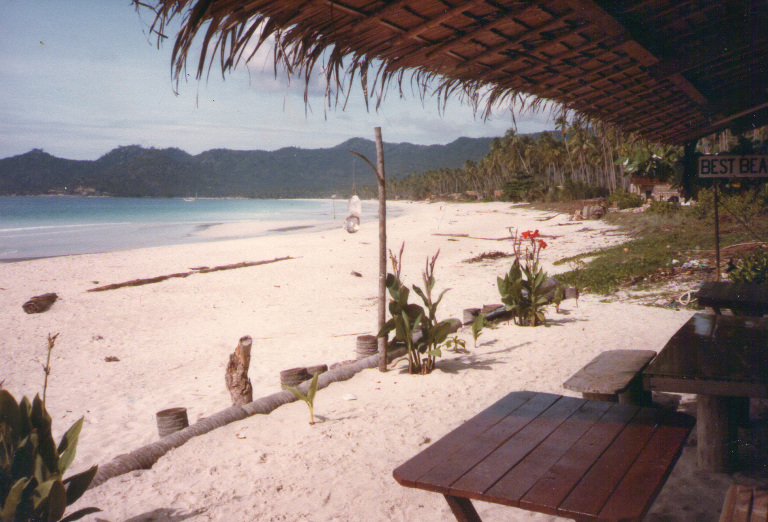 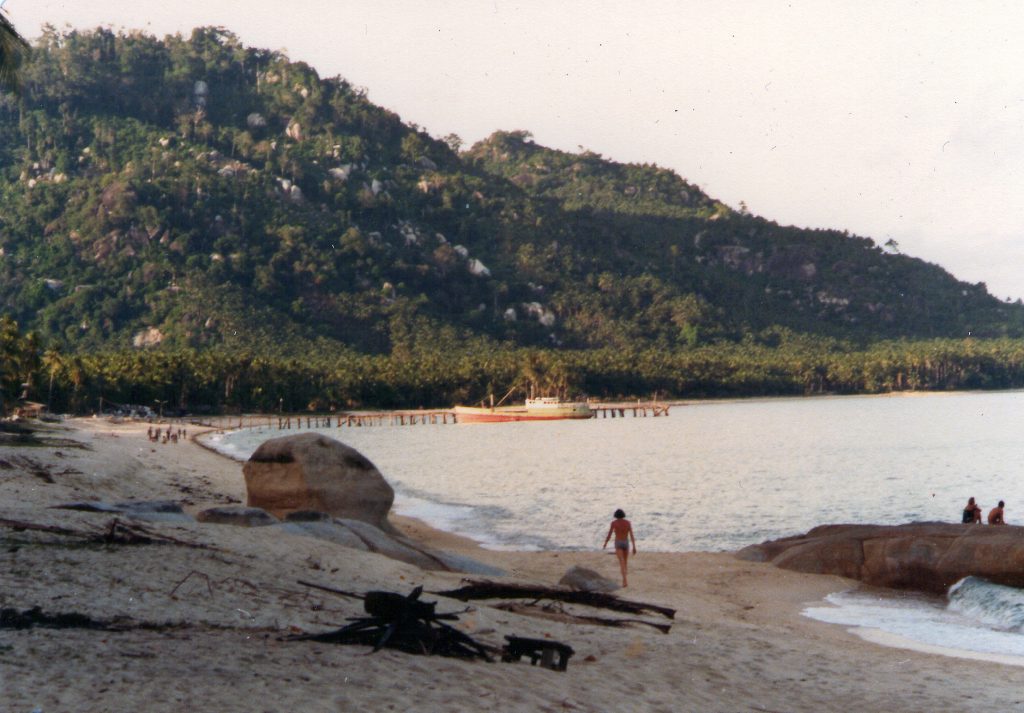 In the ‘80s, Koh Samui did not have full time electricity and thus no air conditioning, spas, pools, fans, dvds or even nightclubs. After spending all day on the beach, evening entertainment was simply enjoying a home cooked meal at one of the open-air beach cafes and meeting up with the occasional traveller. We always carried a small collection of cassettes with us that bungalow owners encouraged us to play. Small generators ran enough power for some evening use – mainly to light up the cafes at nights. There were no Thai Rastas or Reggae bars at that time, only the occasional cock fight for the locals. 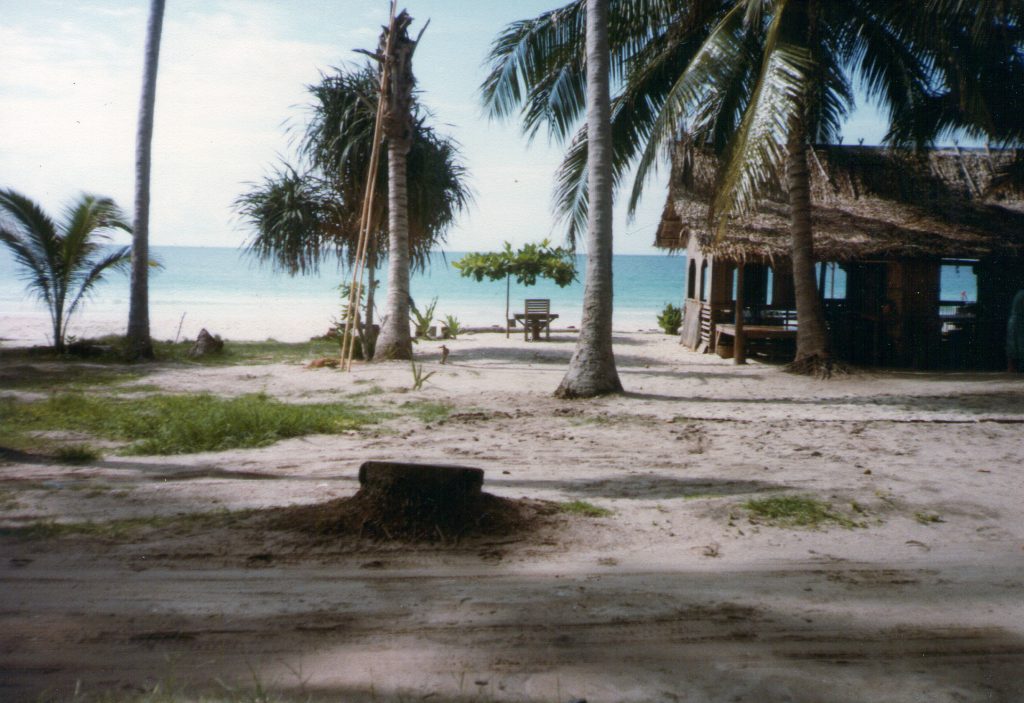 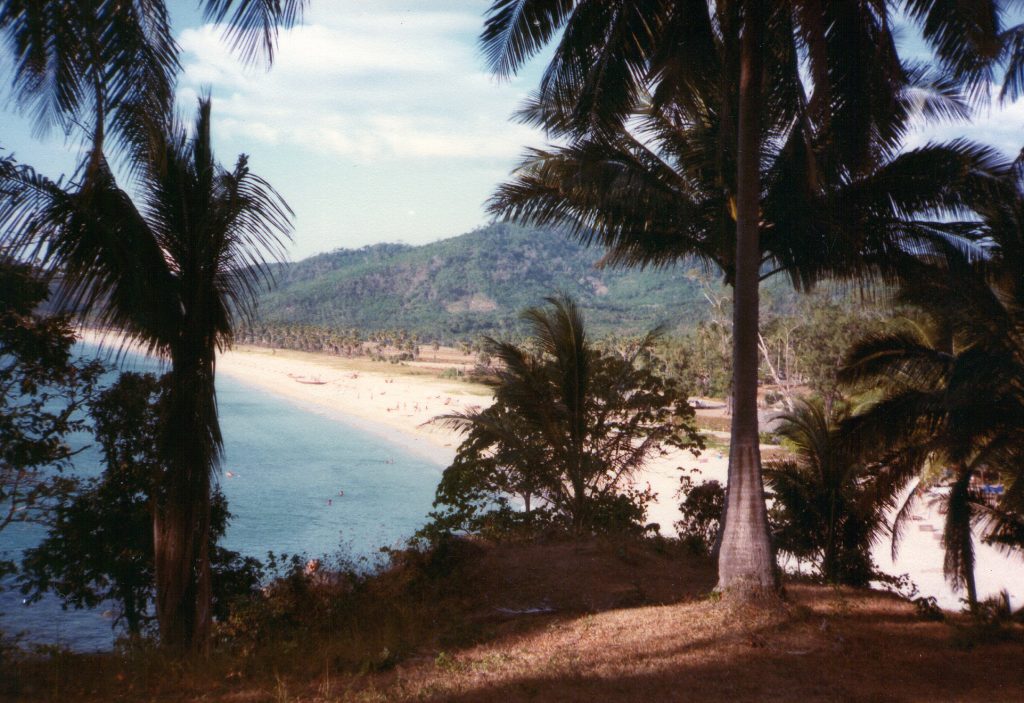 During those holidays, I remember always having to stock up on plenty of candles, mosquito coils and batteries for the torch before the power was switched off before midnight. Most of the resorts had only one large share toilet and shower block for all guests. It was fine. They were always clean. Life was certainly cheap back then! Simple bamboo beachfront bungalows on stilts at Cheweng Beach were only 20 THB a night! A meal consisting of fresh grilled fish, a plate of french fries cooked in fresh coconut oil, salad and a bottle of beer for a mere 30 Baht. 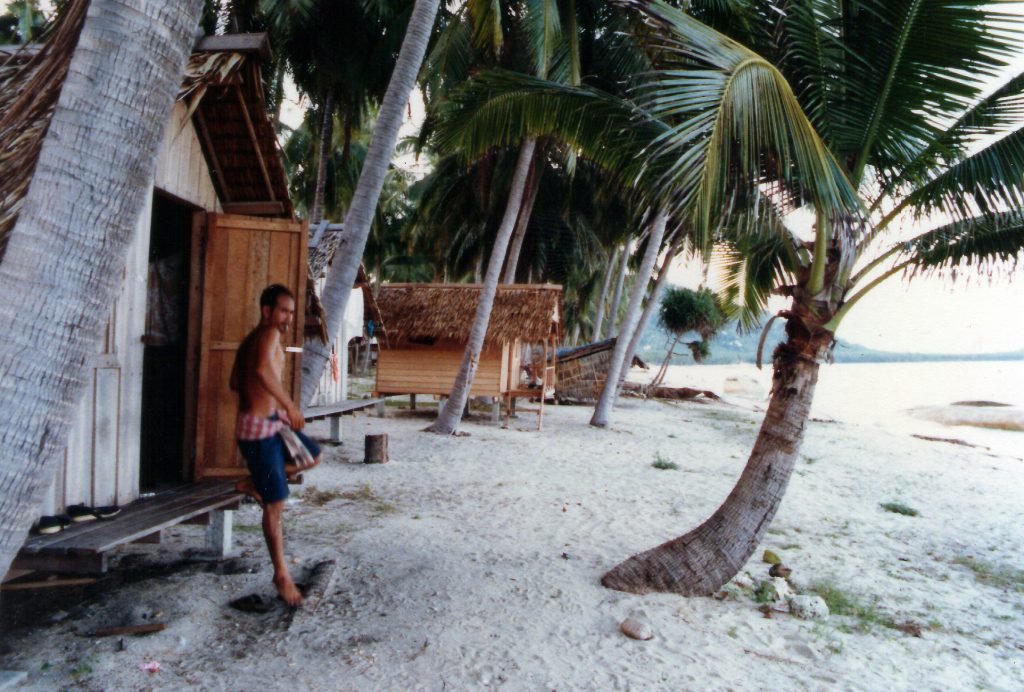 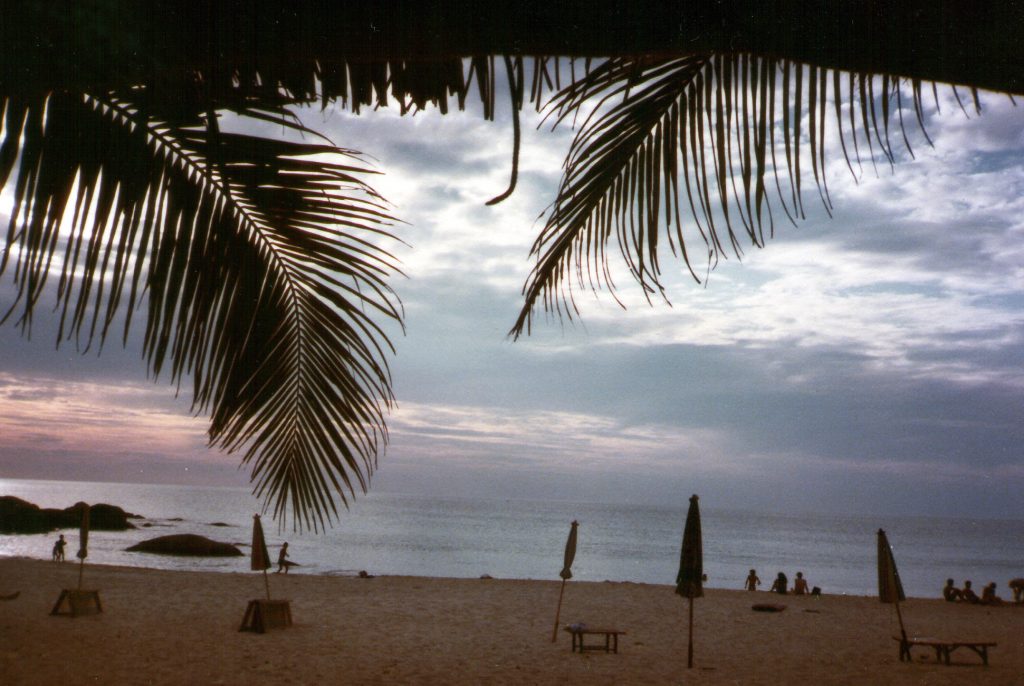 I was most fortunate to spend many of my holidays on Koh Samui during this time. Looking back, I feel it was Koh Samui’s heyday as an idyllic peaceful island paradise, both for the locals and the few tourists. 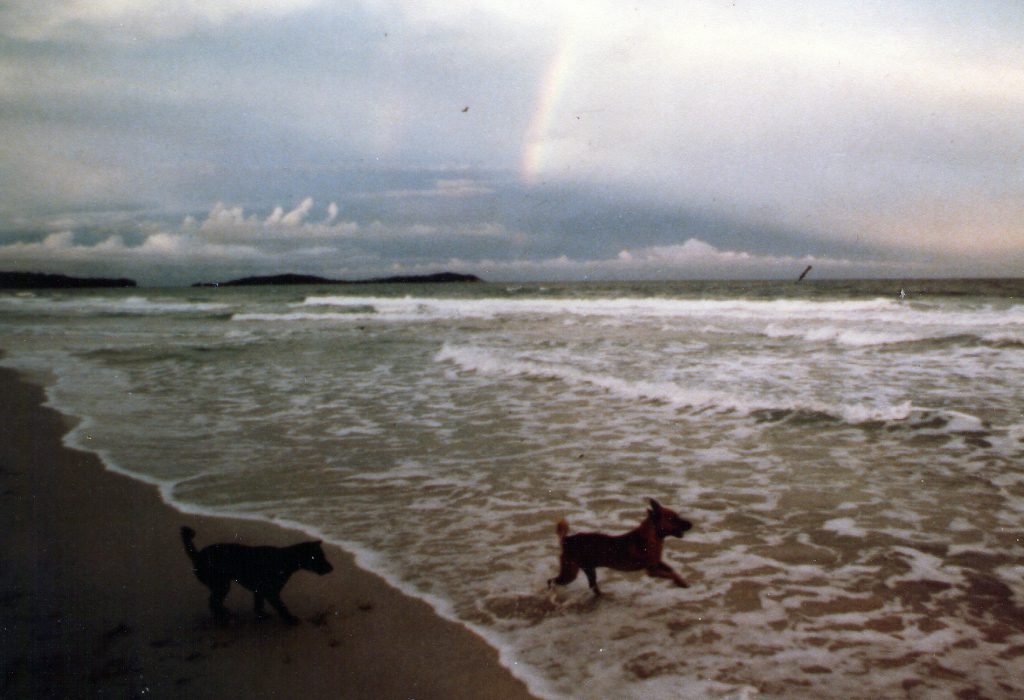 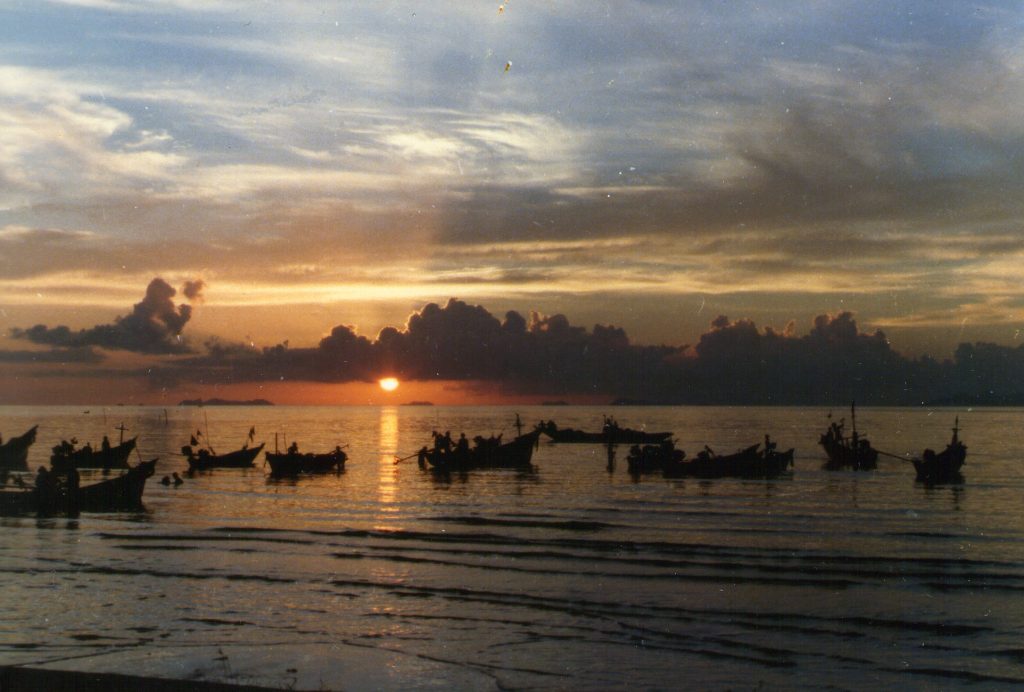 “As Thailand’s third-largest island, Koh Samui isn’t exactly off the radar. But the 95-square-mile tropical gem in the southern Gulf of Thailand, whose white sand beaches, abundant coral reefs and seas of palm trees were once a backpackers’ secret, has emerged as the stylish luxury alternative to crowded Phuket. Last month’s much-anticipated opening of the W Retreat Koh Samui on a private beach along the island’s northern shore was the chic hotel brand’s premiere in Southeast Asia. July saw the arrival of the 78 pool-villas at the Banyan Tree Samui and its bay-facing spa, which includes the island’s first hydrotherapy facility. It is burnishing Koh Samui’s reputation as one of Thailand’s top wellness destinations, along with the yoga and detox center at the Moroccan-inspired boutique resort Absolute Sanctuary, which turns three in April.

Local restaurants have kept pace, luring international chefs who are transforming Koh Samui into an eating destination as well. Newcomers include H-Bistro at the Hansar Samui resort, where the French-Mediterranean and Thai menu was conceived by a former private chef to the Jordanian royal family, and Orgasmic by Chef Wally, which serves innovative cocktails and dishes like cocoa butter Hokkaido scallops and freshly caught white snapper with pecan-celery mash. The local scene goes into full swing at the weekly Sunday Sessions under the soaring thatched roofs at loungey Beach Republic, whose brunch, seafood barbecue and sunset D.J.’s are quickly becoming famous. ”